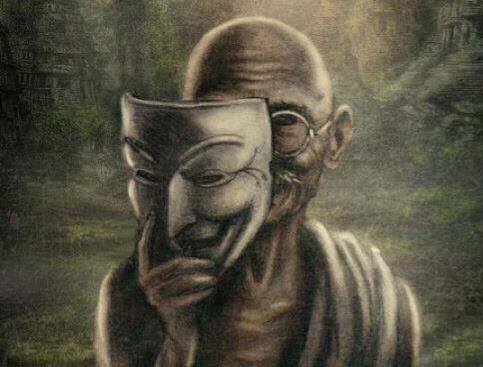 So, you have probably heard about the spoof PMO accounts on twitter being banned. If not, then you have now.

To begin with, there is absolutely nothing wrong with spoof accounts, especially when they mention in their bio that they are spoof accounts. In fact, these spoof accounts almost always make more sense than real politicians. But then again, a lamp-post in the street makes more sense than most of our politicians. Well, except one, Rajeev Chandrashekar. I don’t know how this guy came into existence, and became an MP. And I am not making this up, but this is what he thinks about internet freedom –

Any attempt to expand the government’s power over the internet – however incremental, seemingly innocuous or pretending to advance democracy – should be turned back

This is from his editorial piece in the Times Of India.

He finally got the government to review his suggestion,and talk to the public before taking a decision. He tweeted –

The Govt has accepted my repeated position to review it’s May 2012 position & is now finally initiating my suggestion for an open public consultation on the subject ! PM supports my position !

Apart from the obvious problem of him not knowing his its from it’s, he seems, overall, pretty awesome, just because of his stance on the Internet. But he can easily get outvoted by a number of  MPs.

Which brings us back to reality. So, the retards, masked as the Indian government, got the ISPs to block a few twitter accounts, including @PM0India. The account is now accessible, but all the previous tweets have been deleted.

Other retarded stuff that happened in the past week on the Internet involved real people, and not only politicians. The result was SMSes being limited to 5 per day, and a number of sites being blocked, in order to curb the non-existent violence against north-east Indians. I might not be qualified enough to comment on this, but I think imagining a full-blown religious riot are symptoms of serious schizophrenia. Which means that most Indians with access to social media networks or mobile phones are schizophrenics. Or just fond of sharing shit. The only thing being shared in my feeds was content made to help de-bunk the rumor, not feed into it. Which makes me happy as that means that all of the filtering I did in my Facebook feed ( subscribing / unsubscribing ) was not in vain. BTW, most of the sites blocked, reportedly had nothing to do with the event. But who cares? Something had to be done, right? Read the detailed analysis of Prakash Prasanna, a programme manager at CIS ( Centre for Internet and Societ ), which explains what all was blocked and did it make sense ( short answer : no ).

As you can see, it’s not only the government that’s retarded, it’s also we, the people. And it’s not only about the Internet. It’s about us. Maybe we just are a bunch of retarded monkeys, frustrated with our mediocre lifestyles, looking for some kind of amusement. Maybe we are all just pieces of a mob waiting to happen, waiting to wreak havoc, as soon as the gears are set in motion.