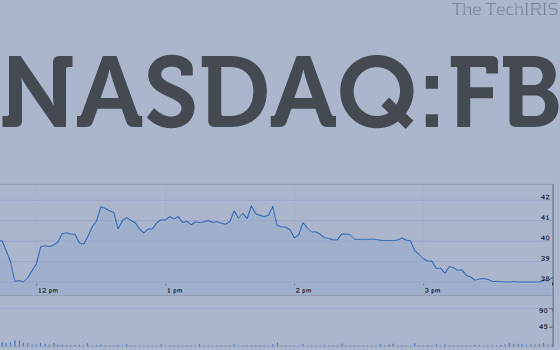 There is a lot of talk of why Facebook’s 100 Billion $ valuation is insane, with a lot of technology and business ‘gurus’ ( old people with grey hair ) screaming how Facebook is going down. If I had to be worried about a tech company, that would be Google or Apple, as these are the two companies that are clearly losing their innovative mojo. This does not mean that Facebook is super awesome at inventions either, what Facebook is good at is predicting where the technology zeitgeist is going to head next, and leading everybody in that direction. Lets look at what these people are sating, and why they are absolutely wrong.

1) There is some talk about privacy issues, which is pure BS, because Facebook, in a way, invented privacy on the internet. It let you be you, and still have conversations with 130 people at the same time, while being able to granular control who sees what. What other platform has been able to do that, and that too for 900 million people.

2) About people not wanting to advertise on Facebook, there is only one word that describes them. Idiots. Ads don’t get any better. In fact Facebook is the only place where people would actually take action on an ad. Ads on TV are just passive, you just watch them, there is no interaction. On Facebook, you can directly interact with them. Sure, it will take people time to understand the potential of Facebook ads, but eventually the will.

3) The innovative engine at Facebook coming to a halt. Facebook, as a platform is at such a great height, both in terms of numbers and engagement, that at this point, just being able to identify what’s next and not necessarily having to invent it themselves is enough to keep them rolling for years. ( for example, the Instagram deal ) Facebook could be like Apple. They do not invent, they just curate the best things from the around the world, put them together, to give their users the best experience.

There was a time where Microsoft stopped innovating, and they were still growing. It was when Apple started innovating, they had to, too. But the thing is, Facebook does not have a competitor. Nor will it, in the next couple of years. Basically, if Facebook stopped innovating, it would still continue to be at the top of its game.

And the best part is that they have not stopped innovating. In fact, they have just begun. Zuck viewed Facebook as a platform rather than a social network, back when nobody understood what a social network was! His understanding of social software is beyond most people. Back in 2004, he was working on a social file sharing app built on top of Facebook. And this, Facebook as a platform, is still in it;s nascent stage. Going forward, any platform will have to be intrinsically social, and the mobile platform war is also Facebook’s to win.

Facebook has immense revenue potential. At this point Facebook is running multiple experiments, including a new market place and paid for stories in the feed. Some of them will fail, for sure, but a few will be successful. Basically, just looking at Facebook’s revenue for last year and saying that it is over priced is, in the words of Sherlock, a good impression of an idiot. Facebook is more than ready to harness its potential. And it will.

If you know so much about how Facebook is gonna end up, you would have invented Facebook!?