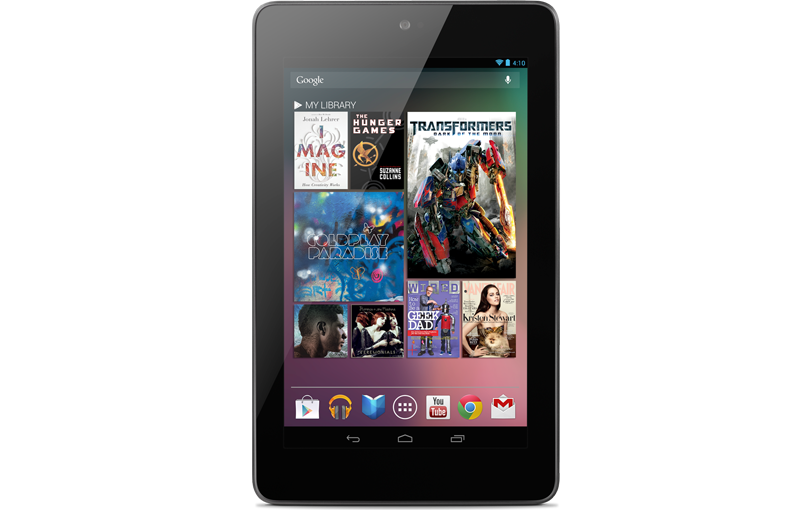 Google’s Nexus 7 tablet is the definition of insanity. The good type. Have a look at the features to get started.

It’s long been clear that Apple rules the high-end in a market they created. Many ( Samsung ) have tried to unseat them from that position, and failed. Even if Samsung has a chance to capture a decent market share, they will first have to fight through the lawsuits Apple keeps throwing at them. There is only one way to enter the market now ( if you want a big share of the pie ),  which is the $200 price point.

Comparing it to the equally priced Kindle Fire, in terms of hardware and OS, the Google’s Nexus 7 is a clear winner. In terms of content delivery? Whether Google Play can beat Amazon, given their years of expertise, remains to be seen. If somebody asked me, I would my money on the Nexus 7. But for now, their prime aim is to sell. And then sell more.

Here’s the bummer, though. It’s not coming to India, for one simple reason – it’s priced too low. It will go on sale at $200 (approx. Rs. 10k). Most people I know would buy two at that price. The problem is, they are selling it at a 0% profit margin. They are probably making losses. But, this subsidizing model works in the US because of content consumption. Kindle can be priced at $199, just because of the fact that once people have the device, you can be the gate keepers, and make money selling content. This does not work in India, not because we don’t consume content, but simply because we can’t afford to pay for content. Ever played Angry Birds? Yes. Ever paid 50 bucks for it. Nope. You probably even switch off your internet before starting the free version of the game to save bandwidth costs.

What’s also interesting here is at what price will Microsoft launch the surface. They were smart enough to not put a price on it, before the Google I/O. According to features, the Surface is more a $500 tablet than a $200 tablet. But can they compete with Apple, where Android failed, with a completely new OS (with no apps) ? Microsoft has already upset tablet manufacturers, like LG, by competing with them by getting into hardware. This means that Microsoft is betting huge money on its success, and if they want a better result than the Windows Phone ( which is stuck at a 3% share, despite being awesome ), they will have to price it pretty aggressively, and make huge losses, just as they did for the XBOX. I think a $300 price point makes sense, for people looking for something in between the iPad and the Nexus 7. But again, don’t expect to be buying it for 15K in India. If they do release it in India, it will sell at a premium price point.

The good part is that Android devices are easier to root than Apple’s. Got friends/relatives in the US? Now would be a good time to say hello. 😉

Watch the Google team blabber about how the device was created to make money via content, below.