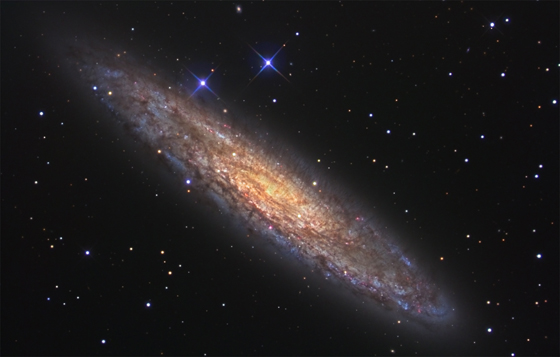 This is incredible news, European Scientists have confirmed that the Higgs Boson has been proven to exist. The scientists were working on the LHC [ Large Hadron Collider ] just smashing particles together, when the unbelievable happened. Scientists have been looking for the Higgs Boson, as it is the final piece of the puzzle in the standard model of Physics. In this experiment scientists weren’t looking specifically for the particle. While other scientists were busy slamming particles into each other, just to see if they could recreate Big Bang in the laboratory and destroy the whole universe, Muralidhar, an Indian Scientist, was analysing the data sets from the experiment when he discovered the particle.

I was just analyzing the data and running it through Microsoft Excel, when I found a oddity in the data. A peculiarity. An abnormality. Some kind of anomaly. And I was just amazed. I just sat there and looked at that idiosyncrasy. An aberration. A quirk.

Muralidhar surely is excited, but so are other scientists. Neil deGrasse Tyson, the celebrated physicist tweeted –

The never-out-of-words scientist seemingly ran out of words. Higgs Boson, soon after being detected, split into WIMPS [ definition –  weakly interacting massive particles ], the data suggests. The WIMPS cannot be detected by the LHC, and are dark matter particles. Once a friend had advised me to stay away from dark matter as it is witch craft. Or black magic. I forget his words.

So let us know what are your thoughts on the Higgs. particle, and whether it will prove to be a boon to the underground witchcraft industry. By some estimates, there’s more money in witchcraft that there is in engineering, medical, law or any such field.