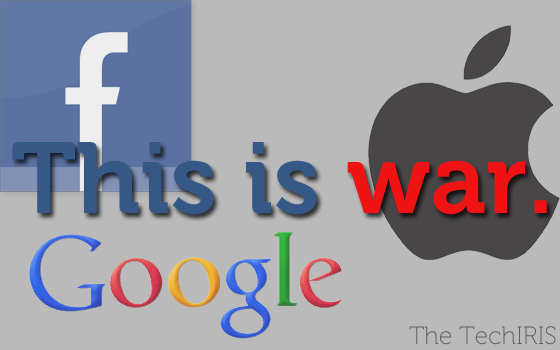 Facebook recently expressed their feelings about Apple and Google‘s HTML5 efforts, blaming them for not making their mobile browsers better at rendering HTML5 websites. Facebook says that the mobile Facebook site has twice as many users as on native Facebook apps on iOS and Android, combined. While this may seem like an inefficiency on Apple and Google’s part ( well, it  is ), there is more to the story. It is clear that Facebook wants to be a next generation platform, powering a multitude of web apps, and hence is in direct competition with Google and Apple. Also, the native Facebook apps suck, and are highly inefficient compared to the mobile website. And there’s a clear possibility that Facebook has not allocated enough resources for the development of these apps, so that people switch to the mobile site. A platform that Facebook controls, and not Google / Apple. On the other hand, Google and Apple have a strategic advantage in not developing the HTML5 capabilities of their mobile browsers, so that developers looking to deliver an awesome experience through their apps, keep developing on their platform, rather than switching to HTML5. All the latency issues that come with developing a HTML5 app,  can be solved if the browsers get better. At the same time, the crappy Facebook apps can get better, if well, Facebook makes better apps ( which it can ).

So, it could be said that both the companies are right in their own terms to be doing what they are doing, pushing their platforms forward. But, as a developer, I can say that this war is Facebook’s to win. Looking technologically forward, it is clear that the platform of tomorrow, just like the apps that run on it, will be online, and social. And the last time I checked, that platform is owned by Facebook. And Google for one knows it, and is putting its best foot forward to make their own social + online platform. Google+ [ and its 2 users ] and the Google Apps [ docs etc ] environment, now strengthened with the help of just launched Google drive are just that. Google’s online+social platform. Apple has decided to suck in this area, and just be Apple. And despite that, they might become the world’s first trillion-dollar company. Apple is pretty good at being Apple! One company that is going to benefit from this war though, is Microsoft, owing to their close alliance with Facebook. ( Microsoft just sold Facebook a bunch of patents, at almost no profit, or maybe even at a loss! )